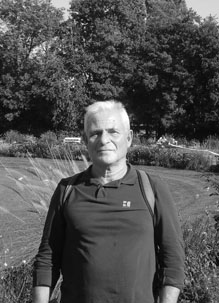 Willy Bondar graduated from the State University of New York in 1973 majoring in Political Science and Economics. He then went to law school in New York City, graduating in 1977 with a Juris Doctor diploma. He has worked in several areas of law including criminal law, US immigration law and Commercial law. He also went to Asia in the early 80's, studied Chinese at the Taiwan National Normal University and worked as Director of a language school in Taipei, Taiwan and as a legal consultant on US immigration law. In the early 90's he worked in Japan as a language consultant, training teachers and conducting seminars. In 1993, he came to Berlin to join his future wife and he has since then been teaching English and Law at various institutes including the Volkshochschule, the Hochschule für Wirtschafts und Rechts (HWR), the Hochschule für Wirtschafts, Technik und Kultur (HWTK) and has worked in law offices, the Berlin Anwaltskammer and in several companies as a business English teacher and legal English lecturer.