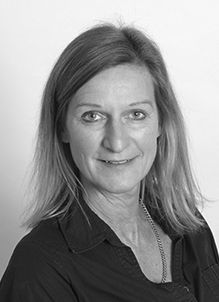 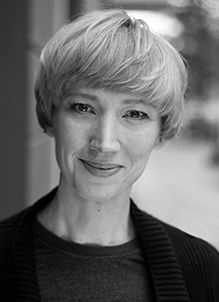 May-Britt Frank-Grosse studied architecture at BTU Cottbus and TU Stuttgart and holds a certificate for Sustainability and Communication from Leuphana University Lüneburg. Since 2006 she has been working as an architecture & design journalist and consultant, amongst others, for BauNetz, the largest German-language online platform for architecture. Since 2019 she has been Editor-in-Chief of the online magazine baunetz interior|design (www.baunetz-id.de). She is committed to the relevance and communication of interior design and sustainable building topics in the media. She regularly serves as a jury member (BDIA, AED neuland, Callwey, Gensler Design Excellent Award GDEA), and as part of the project team, she is responsible for the program of the newly established "Klimafestival für die Bauwende". 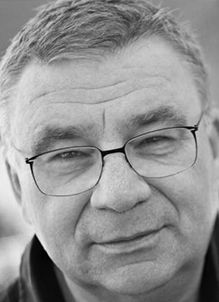 Manfred Lieb is a longstanding member of the BI community. From 2014 to 2021, he served as an external lecturer and consultant in the development of Business Administration at the BI. Previously he was a professor at Heilbronn University of Applied Sciences starting in 1989. He also held positions as dean, dean of studies, and chairman of the examination board. He was a member of the Senate of the University Council. Prof. Dr. Lieb studied Management and Business Administration at the TU Berlin and University Mannheim. He finished his doctorate at the University of Mannheim and worked in the branded goods industry for several years before returning to university. Prof. Dr. Lieb has experience in teaching and heading MA and BA programs for over 30 years. His latest publications are: “Sparende Unternehmen. Reich und einfallslos.” (2019) and “Continually harvesting the crowds: A comparative case study of CMON and PEGASUS in the crowdfunding tabletop market“ (2016). 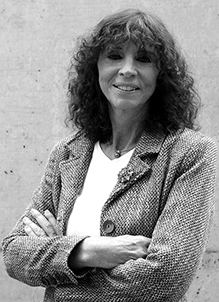 Kristin Feireiss is an internationally renowned architectural and design curator, writer, and editor. She began a course in Art History and Philosophy at Goethe University Frankfurt. She is a co-founder and director of the Aedes Architecture Forum in Berlin. From 1996 to 2001, Feireiss so the director of the Netherlands Architecture Institute and served in various capacities for the Venice Biennial of Architecture (Commissioner, Dutch Pavilion, Jury member of the Golden Lion) and many other international juries like the Pritzker Architecture Prize (2014 - 2017) and the European Cultural Parliament (since 2007). Her awards and honors include the Literature Prize of the DAI, and the Federal Cross of Merit, she is a Knight of the Order of the Netherlands Lion. 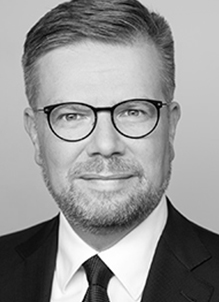 Thorsten Freiberger is currently working as a divisional manager at Berliner Sparkasse. He is responsible for organizational and productivity management at Berliner Sparkasse. Prior to that, he headed the business unit of corporate clients, followed by the business management unit of the capital market business at Landesbank Berlin. He completed his studies in Business Administration at the University of Siegen, he received his doctorate degree from the Free University of Berlin. He graduated from the Stanford Executive Program (SEP) at Stanford University's Graduate School of Business. 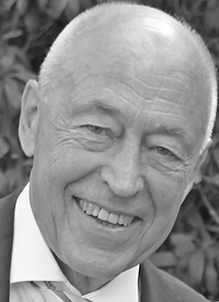 Wolfgang G. Gibowski studied Economics and Political Science at the Universities of Heidelberg and Mannheim (1962 to 1967). In 1974, jointly with Manfred Berger and Dieter Roth, Gibowski founded the Research Group on Elections e.V. in Mannheim, which analyzes elections for the Second German Television Network ever since. He developed the well-known Politbarometer surveys, which are still conducted today. At the same time, Gibowski, Manfred Berger, and Dieter Roth also founded the Commercial Institute for Practice-Oriented Social Research (IPOS). Gibowski became the Advisor of Leading Politicians, including, from 1989 onwards, Chancellor Helmut Kohl. Gibowski carried out these activities until 1991. Helmut Kohl was Chief of the Federal Press Office. He worked for Helmut Kohl's government until 1998. From 1999 to 2003, he worked for the foundation on "Remembrance, Responsibility, and Future".

From 2003 to 2010, as Permanent Secretary of State, he served as the Representative of Lower Saxony to the Federal Government and headed Lower Saxony's Representation in Berlin. From 2005 to 2010, he represented Lower Saxony as a member of the Committee of the Regions in Brussels. From 2002 to 2017, he taught Political Science as a lecturer at the University of Potsdam. 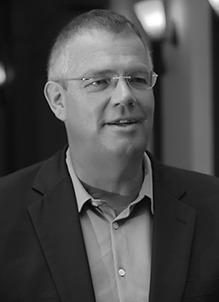 Wolfgang Hünnekens is the initiator and founder of the Institute of Electronic Business (IEB) at the Berlin University of the Arts (UdK), and until 2012, one of its two directors. The IEB currently organizes and finances the course Electronic Business and is thus a forerunner in the field of Public Private Partnership. It is also a business platform and thus connects the fields of research, events, and training. Wolfgang Hünnekens was a member of the Chamber of Commerce and Industry (IHK) Plenum Berlin and Chairman of the IHK Board "Creative Industries". He serves as an honorary professor for digital communication at the Berlin University of the Arts and teaches in the part-time study program "Leadership in digital communication", offered in cooperation with the University of St. Gallen. Wolfgang Hünnekens studied law in Berlin and Bonn and founded his first advertising agency during his years of study. He is a serial Entrepreneur in Berlin, the founder ofjovoto.com, an open innovation platform, Lumizil, a new furniture store, and a Consulting company for Digital Transformation. 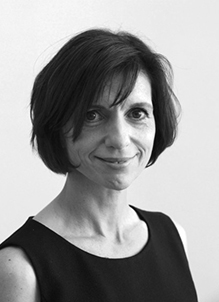 Jutta Allmendinger has served as President of the WZB Social Science Center Berlin since 2007. She holds a chair in Educational Sociology and Labor Market Research at Humboldt University and thus serves as an Honorary Professor of Sociology at the Free University of Berlin. Allmendinger studied at the University of Mannheim and the University of Madison, Wisconsin, and earned her Ph.D. in Social Studies at Harvard University. Prior to her current positions, she worked at the Max Planck Institute for Human Development in Berlin, the Harvard Business School, at the Ludwig Maximilians University of Munich, and served as director of the Institute for Employment Research (IAB) at the Federal Employment Agency in Nuremberg. Between 1999 and 2002, she was chairperson of the German Sociological Association. Jutta Allmendinger has served on various advisory and supervisory boards and is a member of several academies of sciences. The Thomas Mann Fellowship 2018 of Villa Aurora and Thomas Mann House eV has received a number of national and international awards 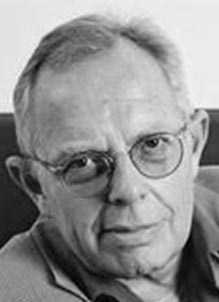 Max Kaase was Founded Dean of the School of Humanities and Social Sciences and vice president of the International University of Bremen (2002-2006). He served as Vice President of the European Science Foundation and President of the International Political Science Association (IPSA) (2003-2006). His research interests include the political dimension of demographic changes in the direction of an ever-aging population. He is a member of numerous committees and advisory boards (as well as the Trustee of the German Science Foundation, University of Mannheim) and was awarded several honorary doctoral titles as well as the Federal Cross of Merit. 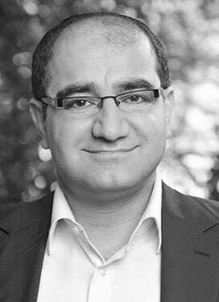 Özcan Mutlu is a Turkish-German Green Party politician in charge of the educational policies of his party. Between 2013 and 2017, he was a member of the German Bundestag. Prior to that, he served as the Member of the Representative of Berlin from 1999 to 2013. From 1992 to 1999, he was elected member of the district council of Friedrichshain-Kreuzberg. He is a founding member of the bilingual German-Turkish Europe School. He is also a member of the International Advisory Board of Bahcesehir University Istanbul. He is a Marshall Memorial Fellow of the German Marshall Fund and a young leader of the Atlantic Bridge, the BMW Quandt Foundation, the Bertelsmann Foundation, and a Mentor at the Germany Foundation Integration. Recently, he has been a Mercator Senior Fellow of the Istanbul Policy Center (IPC) at Sabanci University Istanbul. 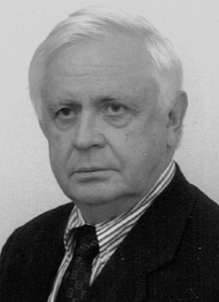 Jan Sadlak is an internationally recognized and highly qualified scholar in higher education and science, with a particular interest in policy development and practices.

In the past 30 years, he has been involved in senior-level policy development and advice on international governmental organizations, particularly UNESCO and The World Bank.

He is a visiting professor and member of the advisory boards of several leading universities throughout the world. Prof. Sadlak was awarded several high-level national and academic distinctions, including eight honorary professorships and doctorates. He is an Honorary Senator of the University of Maribor, Slovenia, and an Honorary Member of the National Academy of Sciences of Kazakhstan. He is a Member of the European Academy of Arts, Sciences and Humanities - Academia Europensis, France, and a Fellow of the World Academy of Art and Science, USA. 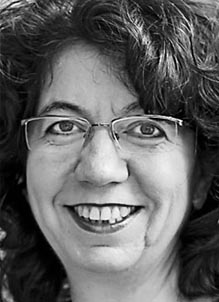 Yasemin Karakasoglu is a Professor of Intercultural Education at the Department of Pedagogy, University of Bremen. Earlier, Prof. Karakasoglu served as Head of the Department of Socio-Cultural Affairs at the Center for Turkish Studies in Essen. Her current interests include intercultural concepts for educational institutions, diversity in higher education, living conditions, and the educational situation of migrants in Germany. She is a member of the Expert Council of German Foundations on Integration and Migration and Advisor Committees (Freudenberg Foundation, Otto Benecke Foundation, and the Bremen Integration Council). She was elected as a member of the DAAD (German Academic Exchange Service) for the period of 2016-2019. 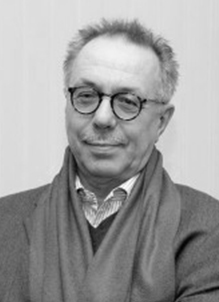 Dieter Kosslick has been the Director of the Berlin International Film Festival (Berlinale) since May 2001. Previously, he headed the "Filmstiftung NRW" as its Executive Director. He was a co-founder and President of the European Film Distribution Office and Managing Director of Hamburg Film Fund - Filmförderung Hamburg. He founded the European Low Budget Forum with the cinema "Cinema on the Alster". He was Vice-President of the European Film Academy and Chairman of the Board of Trustees of the International Film School Cologne. Dieter Kosslick has received many honors and awards for promoting film and culture (Federal Cross of Merit, the Chevalier des Arts et des Lettres). 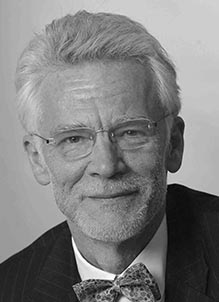 E. Jürgen Zöllner is the Executive Director of Stiftung Charité. He has served as the Senator for Education, Youth and Science in Berlin (2006-2011) and as Minister for Education, Science, Further Education and Culture in Rhineland Palatinate (1991-2006). He served as Vice-President of the Standing Conference of Ministers of Education and Cultural Affairs (KMK). Previous to his political career, he was President of the Johannes Gutenberg University Mainz. He studied medicine at the University of Freiburg and Johannes Gutenberg University Mainz and was a full professor at the latter institution for many years. He received many distinctions (several honorary doctoral degrees, Federal Cross of Merit).