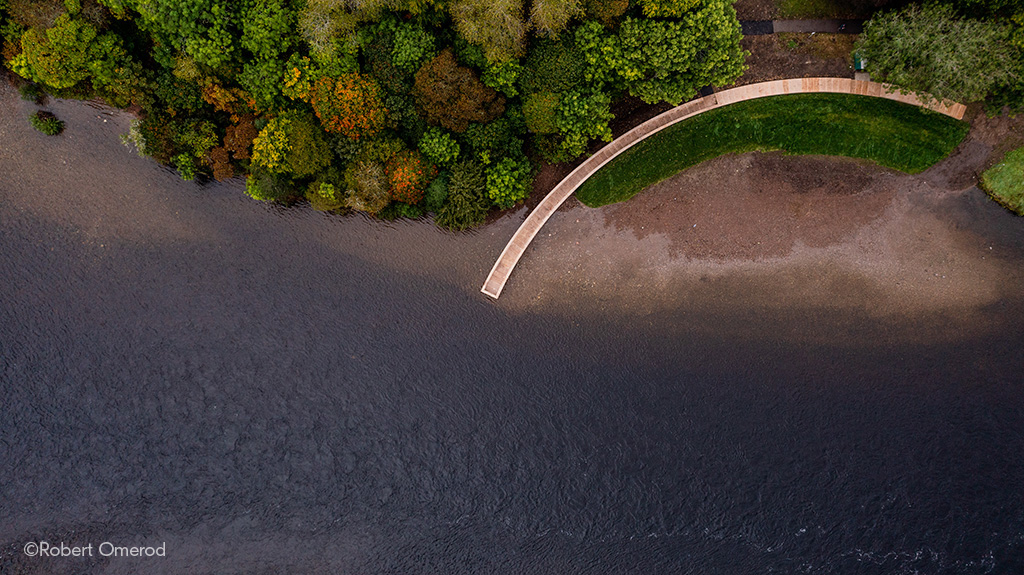 Prof. Karsten Huneck, Head of the BA program in Architecture at Berlin International University of Applied Sciences was involved in the co-creation of „The Gathering Place“ - a major new public artwork project for Scotland in the heart of the Highland Capital, Inverness. Together with his partner Bernd Trümpler from KHBT and the team of Sans façon they used the opportunity to revisit the river’s social role within the fabric of the city.

Having the task to create an artwork that „re-connects the city with the river, drawing out its stories, engendering a sense of place and creating access to the river“, they created a sense of place that draws full attention to the nature and character of the River Ness.

“The work in many ways is a monument to the social and natural heritage of the river, so important to keep and protect. It is a space to celebrate the sense of place, to interact, to enjoy the theatre of the river and to perhaps see the familiar anew”, so Tristan Surtees, of Sans façon.

Karsten Huneck of KHBT added: “After the intense research including the collection of many stories of from the people of Inverness, it felt appropriate to create a minimal gesture that enhances the notion of the river being the main actor whilst creating a tangible connection between the spectators from both embankments.”

The results have lived up to all expectations of the community! Everyone is impressed by the unique artwork of these international artists.

As a collaborative team, KHBT and Sans façon delivered a piece which built on people’s stories and memories of the river - now people will be able to come together to pause and reflect on the joy of human interaction.

Feel free to read more about it here, and here.

The City’s River Ness Public Art Project was conceived by the City committee to encourage the public along the iconic River Ness. The Gathering Place is an achievement in the City’s efforts to inspire the community and visitors through public art.

The Gathering Place is the first public art commission funded by Creative Scotland, Highlands and Islands Enterprise, Highland Council and the Inverness Common Good Fund. It was commissioned by the City of Inverness, City Committee back in 2017.

KHBT is a creative studio set up by Karsten Huneck and Bernd Trümpler in London and Berlin. KHBT has consistently created spatial works of local and international significance which are published widely as well as winning various awards such as the prestigious Young Architect Of The Year Award (YAYA) in 2009 where KHBT was gaining the first ever ‘special commendation’ in the competitions history.

Karsten Huneck and Bernd Trümpler are also partners of the experimental architectural network osa_office for subversive architecture which acts as a platform for spatial research that feeds into the practice. KHBT also have an ongoing involvement in research and academia; Karsten is a Professor of Architecture and Construction at Berlin International University of Applied Sciences and Head of Program, Architecure (BA).