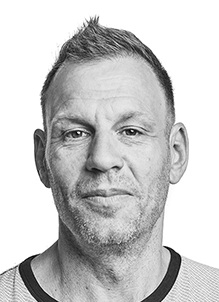 Karsten Huneck was born in Chile and grew up in Germany where he also graduated with a Diploma in Architecture from the Technische Universität in Darmstadt. He is a qualified architect and joiner. Since graduating he has been a partner of the Office for Subversive Architecture (OSA), a network for spatial experimentation which is dedicated to push the boundaries of common practice in architecture and develop projects that sit between art and architecture.

In 2001, Prof. Huneck moved to London where he worked as an architect at Foster and Partners. During the same year, he and his colleague Bernd Trümpler established the UK based branch of OSA and have since consistently created spatial works of local and international significance. After winning an award at UK’s prestigious Young Architects of the Year Award (YAYA) they set up their practice KHBT which operates from London and Berlin.

Before joining BI as Professor for Architecture and Construction and the Head of the BA Architecture program, Prof. Huneck was a Senior Lecturer at Manchester School of Architecture and an Associate Professor at the ESA, Ecole Special d’Architecture in Paris. He has also been invited to lecture internationally including at the Royal Academy of Art in London, the Museum for Modern Art in Warsaw, the British Council in Moscow, the Goethe Institute in New York City and the European Cultural Capital Guimarães.