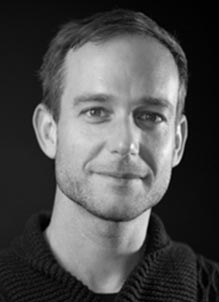 Alexander Tibus studied Communication Design at Hochschule Mannheim, Germany and at HTW Berlin University of Applied Sciences, where he graduated as a Diplom-Designer in 2005.

Having gained a range of professional experiences in Germany and the Netherlands, he set up his Berlin-based studio Alexander Tibus Konzept+Design in 2005, specializing in visual identity design and typography. His work has repeatedly been published, presented, exhibited, and awarded in Asia, Europe, and the U.S.

From 2010 to 2012 he moved to Egypt to lecture in Graphic Design at the German University in Cairo. Afterwards, he held lecturer positions in the United Kingdom at the Plymouth College of Art and the University of Portsmouth. He returned to Germany in 2015 to become a partner in the interdisciplinary design studio Use Identity and Design Network, and to lecture in Typography at HTW Berlin.

In the same year he was appointed Professor of Communication Design at Berlin International and became Head of the BA Graphic Design and Visual Communication program in 2016. Since then, Prof. Tibus has shaped the study program and established a range of co-operations with external partners.