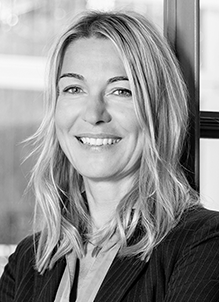 Heike Brandt is an Interior Designer with a focus on Retail Design and branded environments. With a degree in Industrial Design from the UdK Berlin, she moved to London in 1996 to work with International Design Agencies Pentagram and JHP Design on Retail Design Projects around the world. Several of her projects have won International Design prices, such as the Retail Interior Awards and World Retail Awards. In 2009 Heike founded her Berlin based agency Studio Brandt which focusses on the design and implementation of commercial 3D environments in the fields of Retail, Hospitality and Office Design. Heike has given talks on Retail Innovation and Design at a number of international congress events in London, Amsterdam and Innsbruck. She is a guest lecturer at the Retail Lab of Innsbruck University