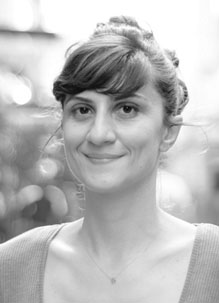 Bilge Kalfa received her Bachelor's degree in Architecture from the Istanbul Technical University in 2006. She won the national architectural award with her master thesis imkanmekan as a new way to intervene to public space in Turkey. Moreover, she is the architect of the artist Mark Wallinger's (Turner-prize winner) contemporary art project Sinema Amnesia. She has also coordinated the My City public art project in Turkey and worked as an associate editor for the book İstanbul Para-doxa. She has conducted many international design workshops. Bilge Kalfa was the co-founder and the owner of the Istanbul-based architecture studio Halukar Mimarlik, which won various awards in competitions. Her projects have been published in a number of magazines including Archdaily, Dezeen, A10 and Concept Design. Bilge has lectured at different universities and worked as an adjunct professor at Maltepe and MEF Universities for more than four years. Currently, she is the owner of a Berlin-based design office named bikado project, which is focusing on design, architecture, and interior design.