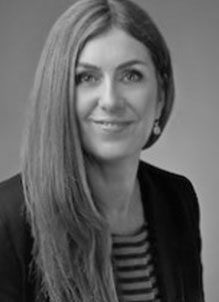 Nicole Renvert is Associate Fellow of the German Council of Foreign Relations (DGAP) with a focus on transatlantic relations and a member of the board of the Forum Ebenhausen of the German Institute for International Affairs and Security Studies (SWP). From 2014 to 2019, she was also a member of the management board of the APA (Asia-Pacific Committee of German Industries). In 2014, she conducted research on trust in international cooperation as a fellow at the Käte Hamburger College, Center for Global Cooperation Research, at the University of Duisburg-Essen. From 2008 to 2014, she was a Fellow at SWP and a lecturer at the Hertie School of Governance. Nicole Renvert has worked for the World Bank, the OSCE, the Aspen Institute and the Foreign Office and has worked internationally for several corporate foundations. She studied history, international relations and political science at the Universities of Bonn, the Sorbonne in Paris and at the School of Foreign Service, Georgetown University, Washington. D.C. She holds a PhD from the NRW School of Governance, University Duisburg-Essen in Political Science and International Relations.