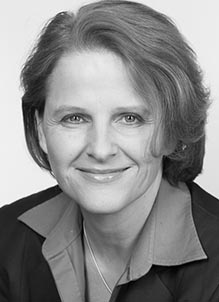 Evamaria Wagner studied economics at the Albert-Ludwigs-University of Freiburg. She wrote her PhD as research assistant at the Institute for Economic Theory of the University of Mannheim and later as graduate stipendiary about risk management strategies for raw material exporting countries. In the mid-nineties, she began her banking career at the Swiss Bank Corporation, today's UBS. Ms Wagner worked in one of the world's leading institutions in an international research project for the quantification and management of credit risks, and has contributed significantly to the development of the world's first credit derivatives. During her twenty-year banking career, she worked for various investment banks in senior positions and gained experience in the financial centers of Zurich, London, New York and Frankfurt. During this time, Mrs. Wagner opened numerous capital markets in the DACH states and Eastern Europe for highly structured bonds. Porsche Bank Austria´s transaction  was awarded the "best consumer finance transaction" by International Financial Review and Euroweek. Mrs. Wagner has taught since her studies at University of Freiburg and Mannheim. During her banking career she lectured senior managers from banks and started teaching at Fachhochschule für Ökonomie und Management in Hannover in 2014. Her "Credit portfolio management" teaching concept, developed at UBS, was taught internationally. Mrs. Wagner's teaching and research activities focus on finance, and accounting, especially alternative investments and capital markets.