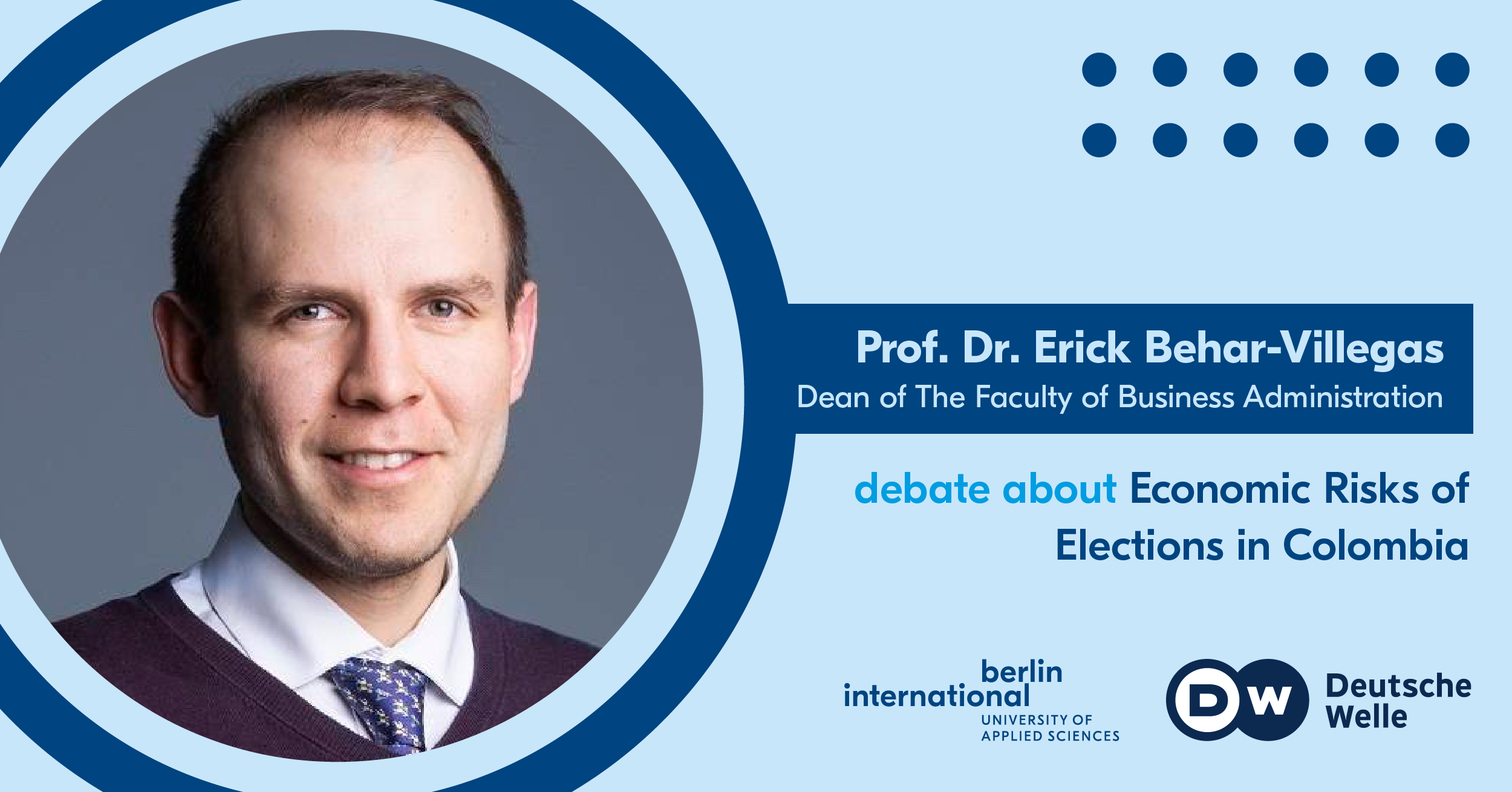 Prof. Behar-Villegas on the show at Deutsche Welle

Prof. Dr. Erick Behar-Villegas, Dean of the Faculty of Business Administration at Berlin International, was recently invited to be a guest on Deutsche Welle's famous show "A fondo", where he explained the economic risks of the results of the Colombian elections.

Since neither presidential candidate received at least 50% of the vote in the May presidential election, a runoff was held on June 19, 2022, between the two leading candidates, Rodolfo Hernandez, an independent populist from the League of Anti-Corruption Rulers, and Gustavo Petro of the leftist coalition Pacto Historico. Petro won the runoff, becoming the first left-wing candidate elected president of Colombia.

Two individuals with very different programs polarized an electorate that expected solutions to problems such as social inequality, violence, corruption, and the fight against drug trafficking.

Professor Behar pointed out that populist narratives often carry socioeconomic risks. In his view, one of the candidates posed a major risk and the other a minor one, which in either case did not speak to a promising outlook. However, it was one thing to consider the socioeconomic system as a whole a risk, Behar said, and another to have a set of problems that could be solved, which corresponded to independent candidate Hernández.

Behar highlighted the importance of looking at economic fundamentals and asking about those issues that one 'does not hear nor see', which are, however, plausible if one is able to read the intentions of candidates.

Check out the debate here!