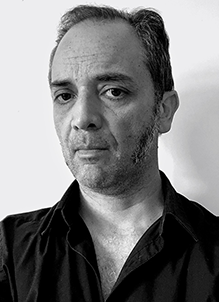 Juan Almarza Anwandter, Dipl.-Ing. architect, first graduated from Universidad Católica de Valparaíso, Chile in 1997. A Magister in Arts Theory and History from Universidad de Chile followed in 2017. Since the year 2000 and in parallel to his professional activity, he has developed his academic career as professor and lecturer in different institutions, both in Chile and Germany, focusing his interests mainly in the fields of aesthetic theory (late 19th and early 20th century), phenomenology, and arts critical theory. In 2020 he obtained his doctoral degree from Technische Universität Berlin with a thesis on Nietzsche’s concept of Grand Style. Currently he lives and works in Berlin as an independent architect, academic, artist, and art critic.